For any comments or queries regarding this page please contact

Drinking water supplies pre 1700’s were primarily from readily available gravitational untreated sources, such as rivers, streams, lakes, springs and shallow wells, with the general population scattered in the countryside rather than in the towns, but adjacent to a source of water. On some hills dew ponds were constructed, the first man made water source, prior to the arrival of the Romans in AD 43. These collected rain water as much as condensation from the atmosphere.  During the early 1700’s water companies were set up in London to supply an increasing populationand as rivers became polluted deep bricklined  boreholes were dug into the chalk. The water being pumped to the surface with coal fired  steam engines which activated the pumps.  In 1845 only 6 out of the 50 largest towns in England had a safe drinking supply. Water borne diseases such as cholera and Typhoid  killing many .

A cottage of area 500 square feet, would yield from its slate roof, approx 5,700 gallons annually , or daily supply of 15 and a half gallons with an annual rainfall of 22 inches as in Essex.

The only water available was Rainwater collected from Roofs and Ponds.

With the invention of pumps water became available from deep chalk wells from the mid 1800’s , and then treated river sources from 1920’s

Children collecting drinking water from local spring circa 1915 Essex. (The Authors mother second on the right)

The first relatively safe public water supplies, were direct from springs and shallow wells. Inland Rivers, initially supplying fresh water could become polluted by sewage from the adjacent populations  as towns increased in size. Those near the coast could discharge their sewage into the sea. These were followed by gravitational distribution through conduits made of elm or lead, to public fountains where water carriers filled their vessels and sold the water in the streets. Rain water was also collected, as in Gibraltar from 1903, until 1993 when the specially constructed corrugated iron collection area, was closed down as a result of pollution by gulls excrement.

The Ex Rain catchment area can be seen below the Yellow word Gibraltar  on the map. Also the runway can be clearly seen adjacent to the border between Gibraltar and Spain.

The Romans were adept constructing gravitational distribution systems including stone aqueducts, and reservoirs, and lead pipes into houses. The lead pipes ended in “quinariae” a short pipe of known diameter to control the flow,  and for which householders required a licence. (See 42 Rome)

Other early civilisations, as in Mexico, and  now long since extinct also had complex gravitational systems.

In the early 1800’s Victorian engineers constructed a pipeline 26 miles long falling 10 inches to the mile to supply the city of Glasgow from Loch Katrine. This took three years by many Irish labourers, under Engineer John Frederick Bateman, and resulted in a flow of 50 million gallons a day of pure highland water.  Work commenced in 1855 and it was officially opened by Queen Victoria in 1859, who requested a jetty and house be built for her to stay in. Unfortunately the 21 gun salute yo greet her shattered the windows so she slept elsewhere. No oil driven boats are allowed on the lock to eliminate pollution, but the steam driven  “Sir Walter Scott”  is used for trips by the public. Since then the water level has been raised in the Loch by 5.9feet and a second aqueduct constructed in 1901.

Some of the earliest pumping systems to raise and distribute water, were river,wind or animal driven wheels.

River powered pump on the Thames at  London Bridge 1581

In 1579 Dutchman Peter Maurice acquired a 500 year lease to construct a river driven wheel under the first arch of London Bridge on the River Thames , supplying individual local houses though lead pipes. This was then followed by another under the second arch. 1500 Shareholders are still receiving a small dividend of£ 2.50 each  There was also an imaginative see- saw pump in Zurich on a lake.   These were all untreated and potentially polluted sources

In Syria from circa 1500, at Hama, there were a series of water driven wheels of various diameters,to lift the river water to an aqueduct at a higher level for drinking and irrigation purposes. 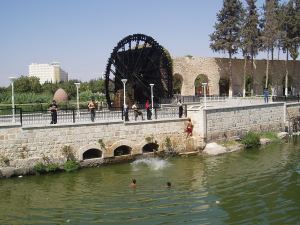 Syrian Noria or water wheel and aqueduct on right (DNW)

In the 1500’s Ingatestone Hall, home of Lord Petre, Lord Lieutenant of Essex, was one of the first buildings in the country to have a piped water supply and flushing drains. The main bedrooms all containing a toilet. Local villagers built toilets directly over the stream that ran through the village.

The Cromwell Spring at Maldon, piped from 1579, the Admirals and Burgess Well springs at Chelmsford, channelled and piped from late 1500’s. were initially all gravitational supplies,

Mechanical pumped supplies were not available until the advent of the steam driven Newcomen engine in 1700, one of the first water companies to use this advance was the Chelsea Water Co in 1723.

Also in 1860, the gas fuelled internal combustion engine was appeared, which had been invented by the Belgian, Etienne Lenoir in 1860, and refined by the Germans Otto and Lengen. 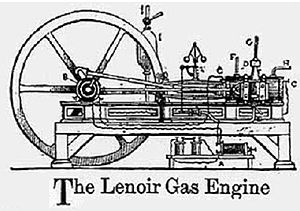 The Hydraulic Ram Pump which was invented in France in 1772 and brought to England by Joseph Montgolfier, of hot air balloon fame in 1796. This was a simple device, using a stream of water to raise a smaller volume of water by automatically operating two flap valves within the pump. No external power was required and by 1860 some 1000 had been sold in England, and many are in use today, especially in rural locations. 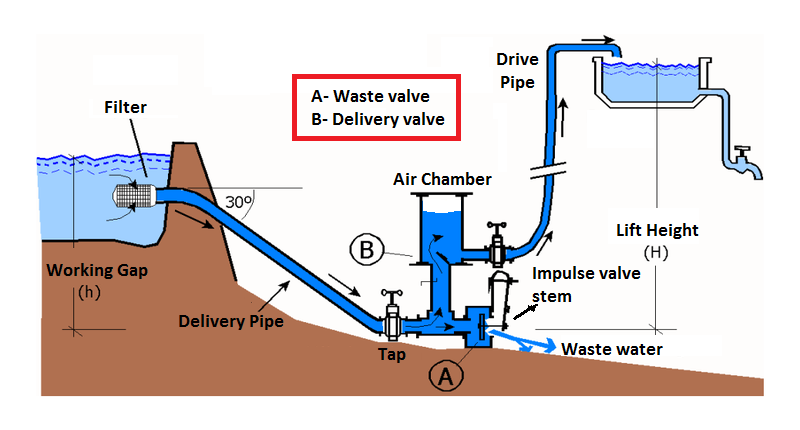 St Thomas’s spring ( Buells spring) at Danbury and the Warren Bottom springs at Woodham Walter from 1901, both utilised hydraulic rams to lift the water to a reservoir prior to gravitational distribution.

In England, with the industrial revolution, between 1801 and 1891, the population in towns grew from 17% to 79% relative to that of the countryside. The shallow gravel supplies became insufficient and rivers and streams increasingly polluted. Water from the chalk was sought via deep wells and boreholes some in excess of 1200 ft. and was providing mainly safe drinking water without any treatment. Problems only occurred with the ingress of contaminated surface water. Early borehole pumps had pistons and valves in the well operated by long rods from the steam driven engine at the surface. These were converted in Essex during the 1950’s to electrical powered submersible pumps. Electrical centrifugal pumps also became widely used to pump the water though the Distribution system.

The drilling of the borehole at Fobbing 1088 ft deep, revealed rocks from the Devonian period some 390 million years old and a previous land surface.

Where gravel beds only occurred in patches over Essex, the chalk was under the entire county, but generally under a few hundred feet of clay. With the increase in wells and boreholes the quantity of water and extraction rates from the chalk diminished as water levels decreased, the flow of water limited by passage through fissures or cracks. Again in the early 1900’s another sustainable source was required, which meant abstraction and treatment of river water, that was required to be made safe to drink.  As river water treatment methods were refined, this became the major source of fresh water, with large storage reservoirs built to ensure high winter flows were stored for summer droughts. 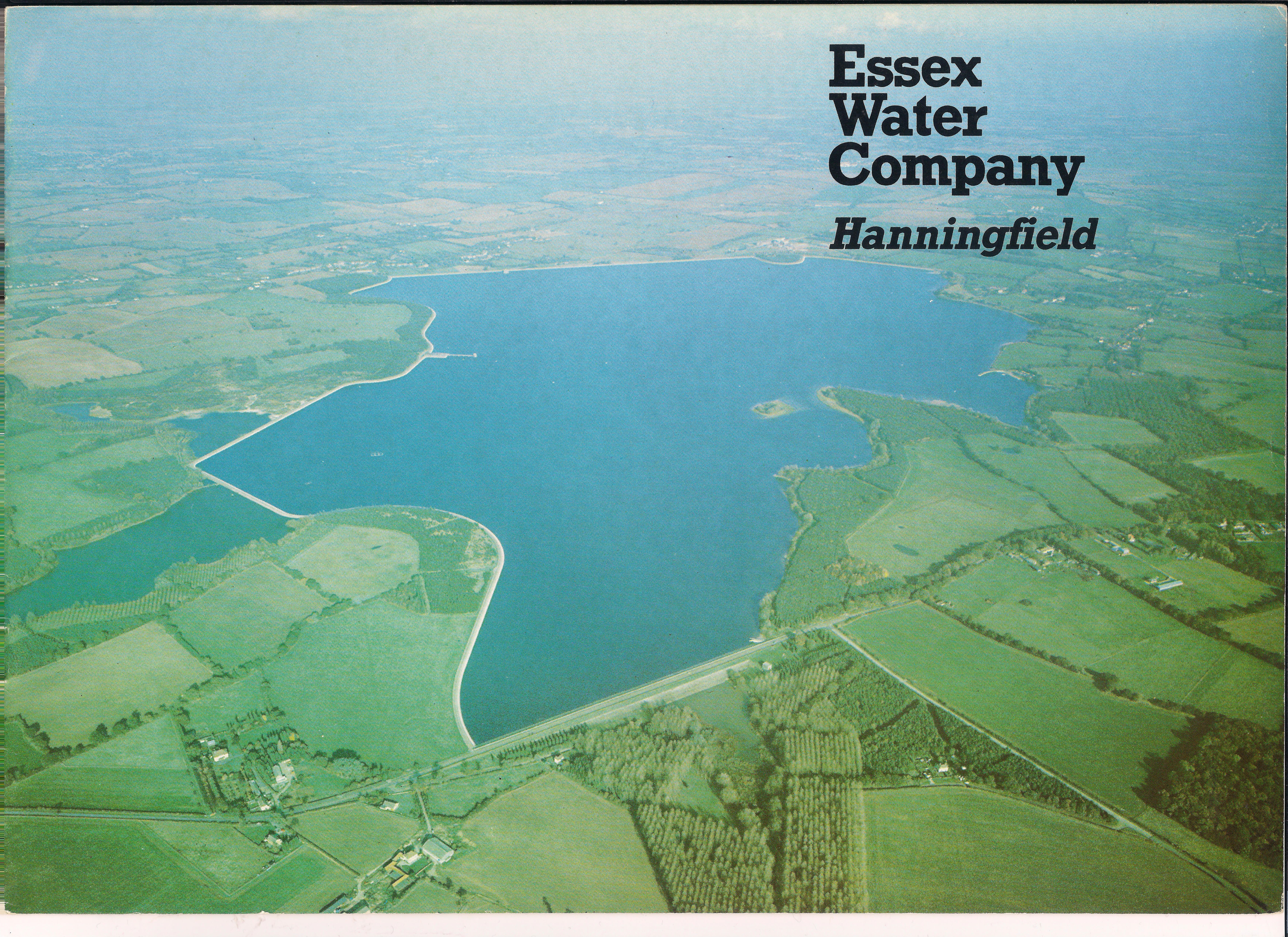 Hanningfield Reservoir in Essex built in the early 1950/s

Although we are surrounded by the sea, desalination is extremely expensive, requiring very high energy consumption. This can be either Steam Desalination, where water is heated to produce steam which does not contain any minerals. The resultant distillate is normally blended with a little untreated water to stabilise the drinking Water. The alternative method, reverse osmosis, is to pass sea water at high pressure though a membrane which filters out the minerals    Acts of parliament were granted to allow abstraction and treatment of river water, with additional treatment to render it safe to drink. 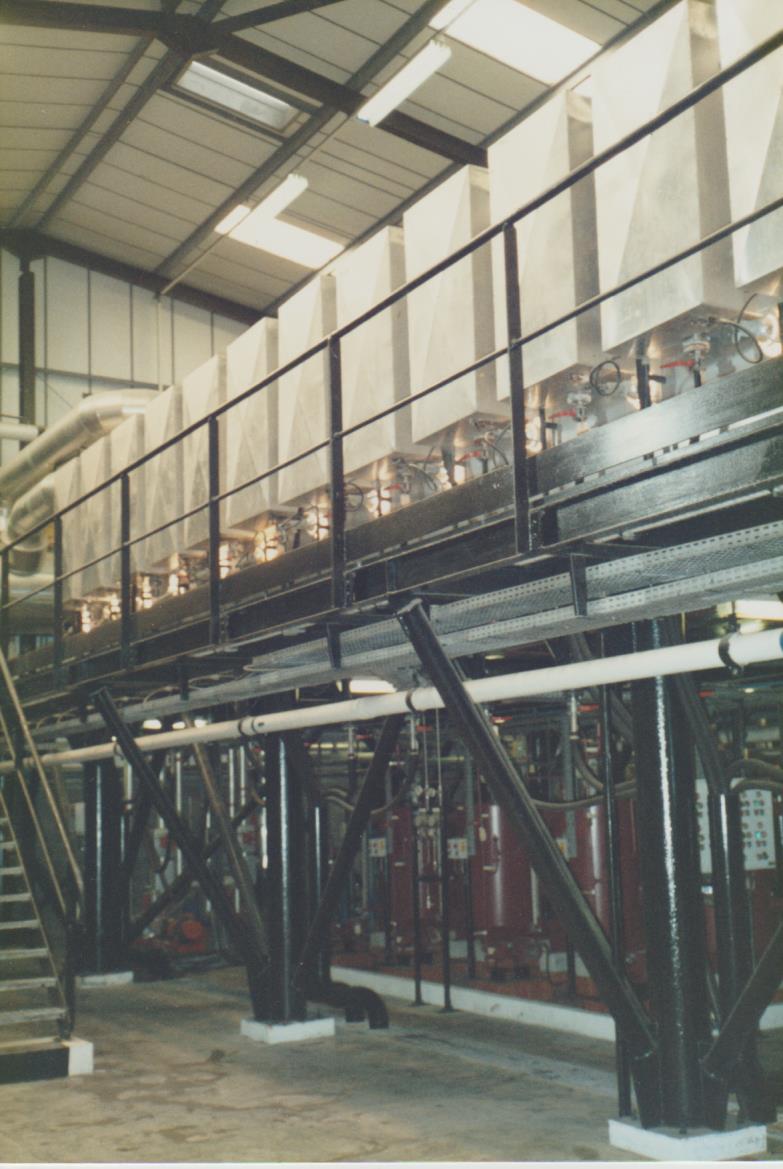 A reverse osmosis plant opened in 2010 at Beckton, on the river Thames, supplying 150 million litres a day to 400,000 London residents out of the population of 8.5 million.

If there is a drastic climate change leading to long dry summers, where even the large storage reservoirs such as Hanningfield and Abberton  are insufficient, desalination generally will have to be seriously considered.

Because the consumption of water has always been variable for example with little water used overnight. Storage reservoirs and Towers were constructed to provide a constant supply when required. These consist of underground concrete tanks and water pumped up into tanks in water towers to provide a  larger area by gravity.

Below are a storage reservoir in Budapest, and  in central Istanbul the Cistern or storage  Reservoir, with carved columns. This is no longer used for water storage, and is open to visitors, and has musical concerts inside. Parts still contain shallow water with live fish.