The Museum of Power at Langford, came about in 1997, by an agreement between a group of Museum enthusiast engineers  looking for a home for their collection of artefacts, and Essex and Suffolk Water who had  a redundant water pumping station. The station and its contents such as the engine were carefully maintained, and the engine highly polished by Mrs Kit Harvey, until mid 1980’s when they were neglected due to  staff reductions. Happily the engine has been restored both mechanically and visibly from its rusting neglected state by the enthusiastic volunteer  engineers, and is now their star exhibit. There is also a wide range of other pumps and mechanical devices, some operational on display.

Chairman of the Museum, Dick Waylen

Fortunately within the pumping station there was one of the three original steam driven pumps, which had been saved from the scrap yard. A Lilleshall triple ram pump, together with other smaller equipment. (For a description of the Lilleshall pumps see 21 Langford Water Treatment)   In addition the Water Company also offered to subsidise the operation for a number of years to allow the Museum operators who were mainly retired Engineers and volunteers to get established. The creation of the museum was a fitting end to the buildings history, safeguarding it into the future. A new oil fired  boiler has been installed to allow the engine to work under steam power as in its original days. Much less steam being required as the engine is not under load, pumping water.  The engine is a  big attraction to visitors especially when working. 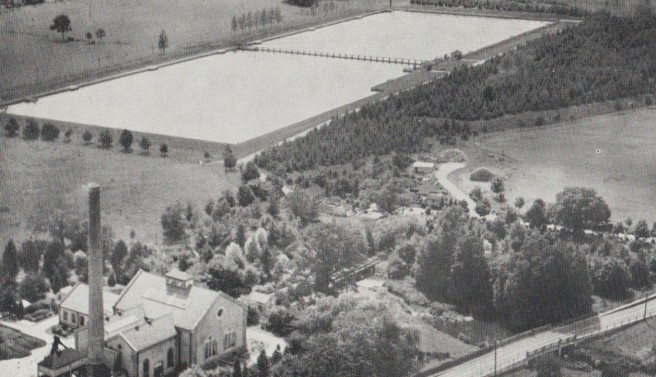 The Author at one of the pump controls  DNW Photo

Outside of the Museum building are attractive grounds where a miniature steam railway has been constructed, and people can sit and picnic, the railway being especially attractive to children. The grounds are big enough to stage special events, and many events are held during the year such as car and motorcycle shows, art exhibitions, Santa specials at Christmas,  etc. A tea room has also been introduced into what was the engineering workshop, to provide breakfasts, lunches and afternoon teas, on days the Museum is open.

The Museum is also available for evening functions, after it has closed to the public.  Grants have been received in recent years to replace the subsidy from the water company, intended  to help  ensure the future of the Museum. 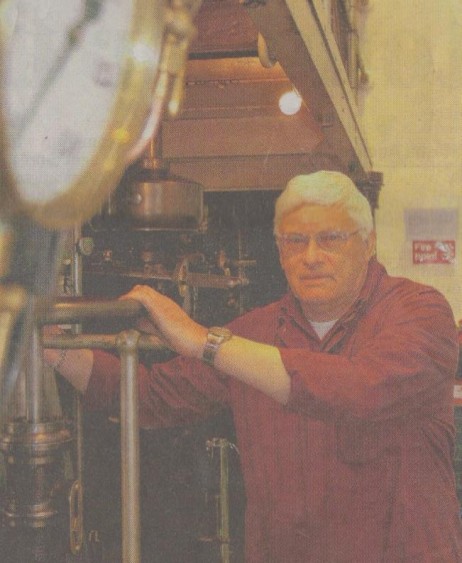 The Museum is run predominantly by dedicated volunteers, with only a few key staff positions.

Is a Steam Boat from Langford to Beeleigh weir  the next Project ?